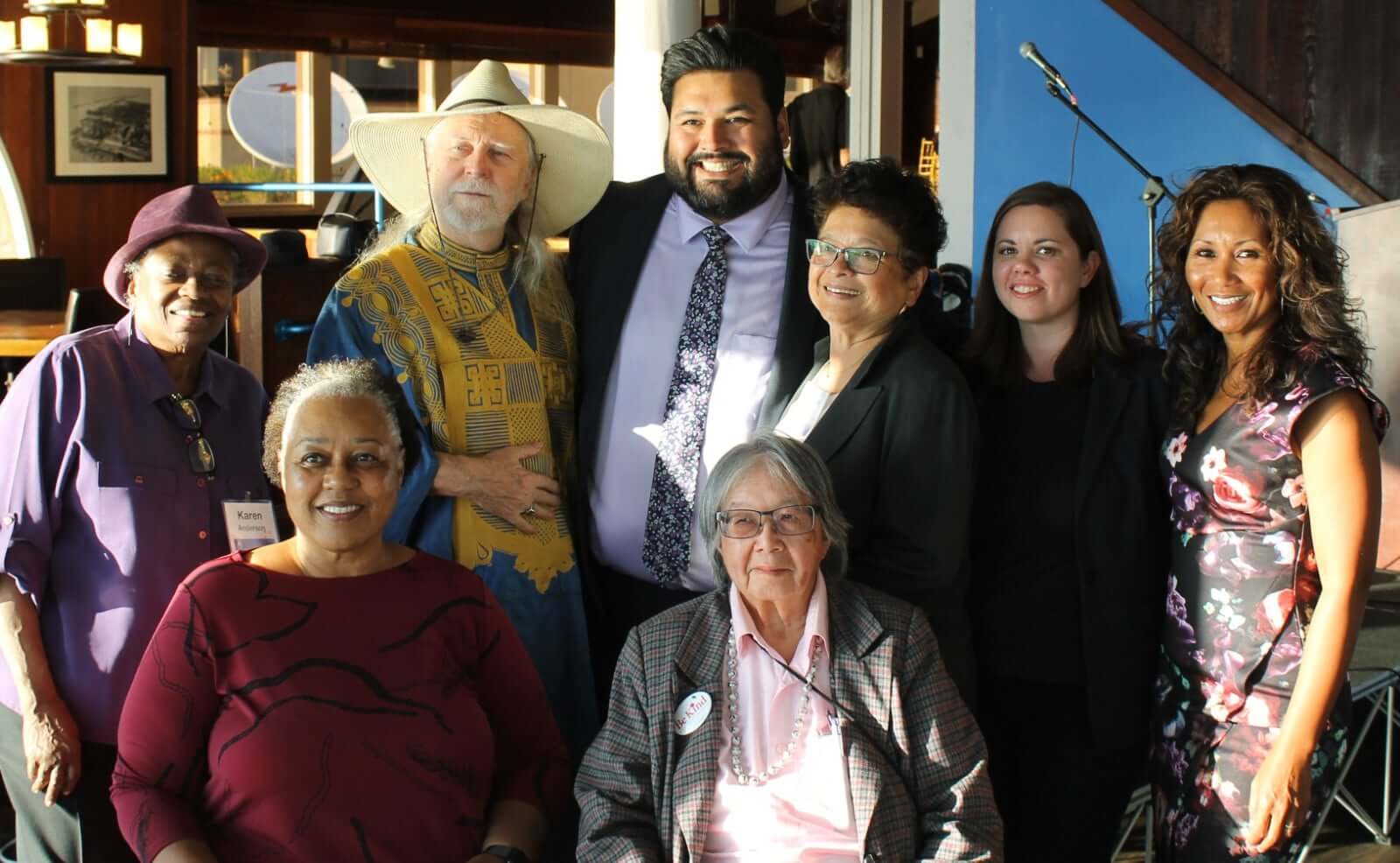 Lavender Seniors’ leadership team is comprised of our board of directors and other key members dedicated to the mission of the organization.

In addition to Victor’s service as Lavender Seniors board chair, he was appointed Chair of the San Leandro Human Services Commission, was elected to the San Leandro School Board and won a seat to the San Leandro City Council in November 2018. Trained and working as a legal paraprofessional, he is a member of the National LGBT Bar Association and Bay Area Lawyers for Individual Freedom (BALIF). He graduated with a B.A. in Political Science from Hawaii Pacific University. He married his long-time partner in 2017. They live in San Leandro.

Carmen has worked 20+ years with the non-profit sector in the San Francisco Bay area and New York, having local, national and international experience. She has held positions as Director of Finance, Controller, Director of Administration and Internal Control Manager with organizations as diverse as WEDO, Ms. Foundation, Equality Now, US Fund for UNICEF, the Audre Lorde Project (the first LGBTQ+ community center for People of Color), Las Buenas Amigas (the oldest Latina Lesbian organization in the country) and other LGBTQ+-focused groups. She has an MBA and a BS in Business Administration from UC-Berkeley. She has also served as Interim Director of Lavender Seniors of the East Bay. She lives in Oakland.

John David, a co-founder of the AIDS Project of the East Bay, was Project Coordinator for the Central Coast HIV Prevention Network, a tri-county, six-agency collaborative working with migrant farmworkers in Santa Cruz, Monterey and San Benito Counties. Once Interim Executive Director with Berkeley’s Pacific Center for Human Growth, he has worked on the range of HIV/AIDS prevention, treatment, care and support services in dozens of developing countries, always connecting with the local LGBTQ+ community. He helped organize the first LGBTQ+ Pride March in Africa (Johannesburg, October 1990) and returned to the U.S. in 2013 after working nine years in Ghana. He has written successful grants to such funders as San Francisco Foundation, the Substance Abuse and Mental Health Services Agency of NIH, the Agency for International Development, the East Bay Foundation on Aging and the Kaiser Foundation. He earned a PhD in International/Cross-Cultural Communication (public health specialty) from University of North Carolina. He and his husband are in their 41st year together, now living part-time in Oakland and part-time in Costa Rica. He has two biological children, four adopted children and seven grandchildren.

As an Independent Associate for Legalshield, an affordable legal plan and identity theft restoration services firm, Barbara educates on protection and restoration of personal identity, especially among low-income and vulnerable seniors. She is a dedicated activist working for equity and equality in the LGBTQ+ community. She and her long-time partner, Barbara Konecny, were among co-founders of Lavender Seniors in 1994, as well as co-founders of Women Over Fifty and Friends (WOFF), a social and educational organization for older lesbians. Both women independently received the Pat Bond Award for helping co-found these organizations. She guides the founders’ vision on both the WOFF and LSEB board of directors. She is very active in APIQWTC (the Asian Pacific-Islander Queer Women Transgender Coalition), working to increase visibility of that population. She serves on the Lavender Notes editorial committee, and is a visible representative of Lavender Seniors to communities outside the LGBTQ+ community. She lives in the Oakland-SF Bay Area.

Prior to her current post as BEST Center Coordinator at Laney College, Melissa was Grant Support Coordinator for CSU-East Bay in Hayward. She has previously held positions as program evaluator, development coordinator, policy analyst, advocacy manager and political organizer throughout the Bay area. In addition, she is particularly interested in non-profit management and ASL sign language. Melissa lives in San Leandro.

Gwen has owned and operated five businesses, controlled the operation of four mid-sized companies (facilitated two in going public) and held leading roles in three non-profit organizations. She is past Treasurer of Black Women Organized for political Action (BWOPA), past Treasurer of Congress of California Seniors of Northern California, Treasurer of East Bay Stonewall Democratic Club and Financial Manager of Accutech Auto Care of Pinole. She is a graduate of Mills College with Honors in Economics and has studied at Oxford University in England. Gwen has two sons and is grandmother of eight. She and her wife, in their 29th year together, live in Oakland.

Editor of the Newsletter

Beckie is founder and facilitator of the long-running Out Standing Seniors, held in conjunction with the Pacific Center as a bi-weekly LGBTQ+ support group at the Hayward Senior Center. Besides volunteering on the Lavender Seniors board and as its newsletter editor, she has done considerable LGBTQ+ and Seniors community outreach, including being featured in the on-line training video, “Safe and Visible: Creating a Care Facility Welcoming to LGBTQ+ Seniors”. She was co-owner and manager of an LGBTQ+ bar in East Palo Alto for several years. She is President of the Northern California Decorative Artists and Treasurer of the San Mateo County African Violet Society. She has one daughter, one son and two grandchildren. She lives in Hayward.

After retiring from service as a Probation Officer with the U.S. District Courts and as a Personnel Instructor with the U.S. Army Reserve, Karen retired as a Benefits Analyst for the Peralta Community Colleges. Since then she has been a fervent advocate for her community with United Seniors of Oakland Alameda County (USOAC), Senior Services Coalition of Alameda County Steering Committee, and the Alameda County Elder & Dependent Adult Multidisciplinary Team (ACE-MDT). She has previously worked in tandem with multiple African-American, women’s and LGBTQ+ organizations, is a state licensed Criminal Investigator and coordinates the Lavender Seniors Friendly Visitor Program. She and her wife of 29 years live in Oakland.